I may be wrong, but I do believe that the style of audio featured in this advertisement is never going to be collectable. Despite the futuristic aesthetics, the brute power, and the funky lights, hifi hunters have passed this era by! Instead, the next wave of classic audio gear that is starting to rise in price is the mid- to late-eighties upper end equipment. In other words, this early ’80s stuff has been  completely disregarded. One seldom sees these receivers for sale — did they sell in small quantities or did they break down and get tossed in the garbage? I wouldn’t be surprised if it was the latter as Technics (and many others) around this time put chips into their equipment that made them essentially unfixable if they failed. 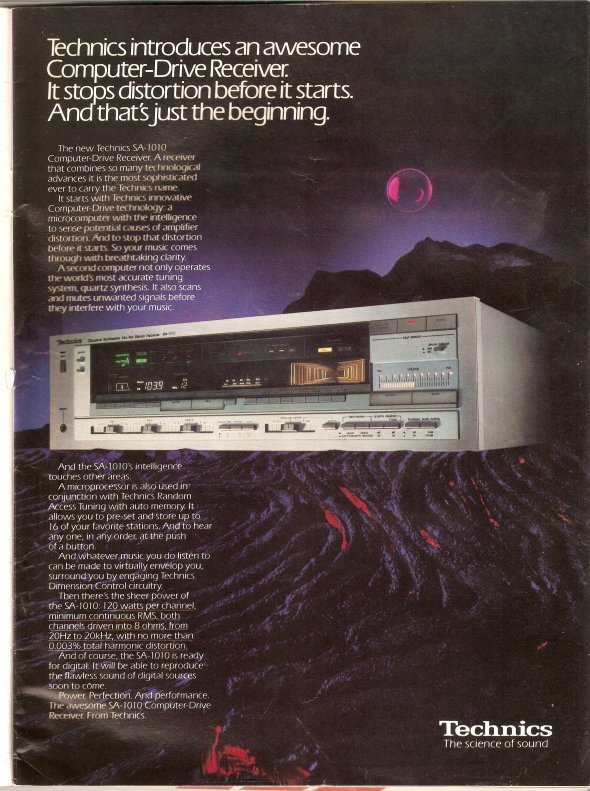 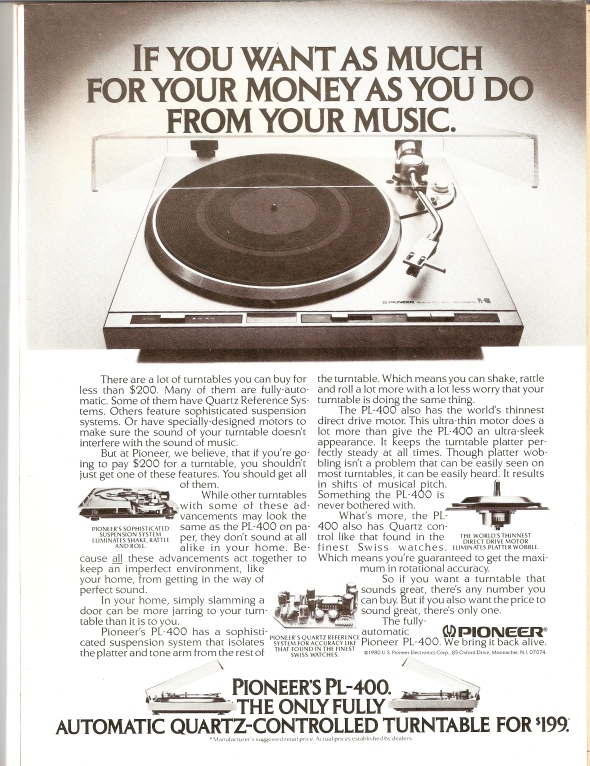 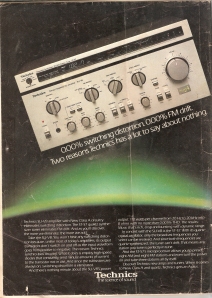 This ad scanned from a 1979 National Lampoon: 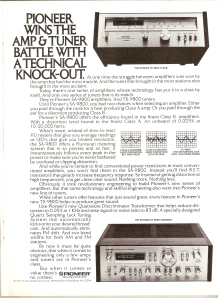